Moving from Pocket to Notion - a better read it later solution

I’ve been using Pocket as a read-it-later solution for many years. I was even paying for the service for a few years, but stopped as the benefit of permanently stored articles didn’t justify the cost for me. The service was bought by Mozilla a few years ago, and at the time I had hoped that meant more features would start rolling out, but that never happened. All in all, it’s a good system, but I decided it was time to find an alternative.

I spent some time looking at many of the current Read It Later apps, including self-hosting Wallabag. None of them really clicked for me.

I’ve been using Notion for several years now at work, both my old job and my current. It’s an incredibly versatile system that lets me create the tools I need to get my work done in a way that makes sense to me. This adaptability also means that as I continue to use it, and see new ways to improve how I work, I’m able to easily adjust it to fit these new concepts.

So it only made sense to look at Notion for bookmarks. I revisited Notion the Notion Web Clipper extension. The Notion web clipper does an amazing job of capturing web page content along with images. So much so I decided to ditch Pocket and build my own read-it-later / bookmark system in Notion.

It was a simple setup, starting with a database page titled Bookmarks. I set up a simple set of table columns: Title, URL, Tags, Archive, FAV, Date and Via. I then added a Gallery view and set the content as thumbnail. It’s a nice way to browse bookmarks. The web clipper does a good job of pulling in the article content where it can, so it also acts as a long term save for web pages in case they go missing later on. 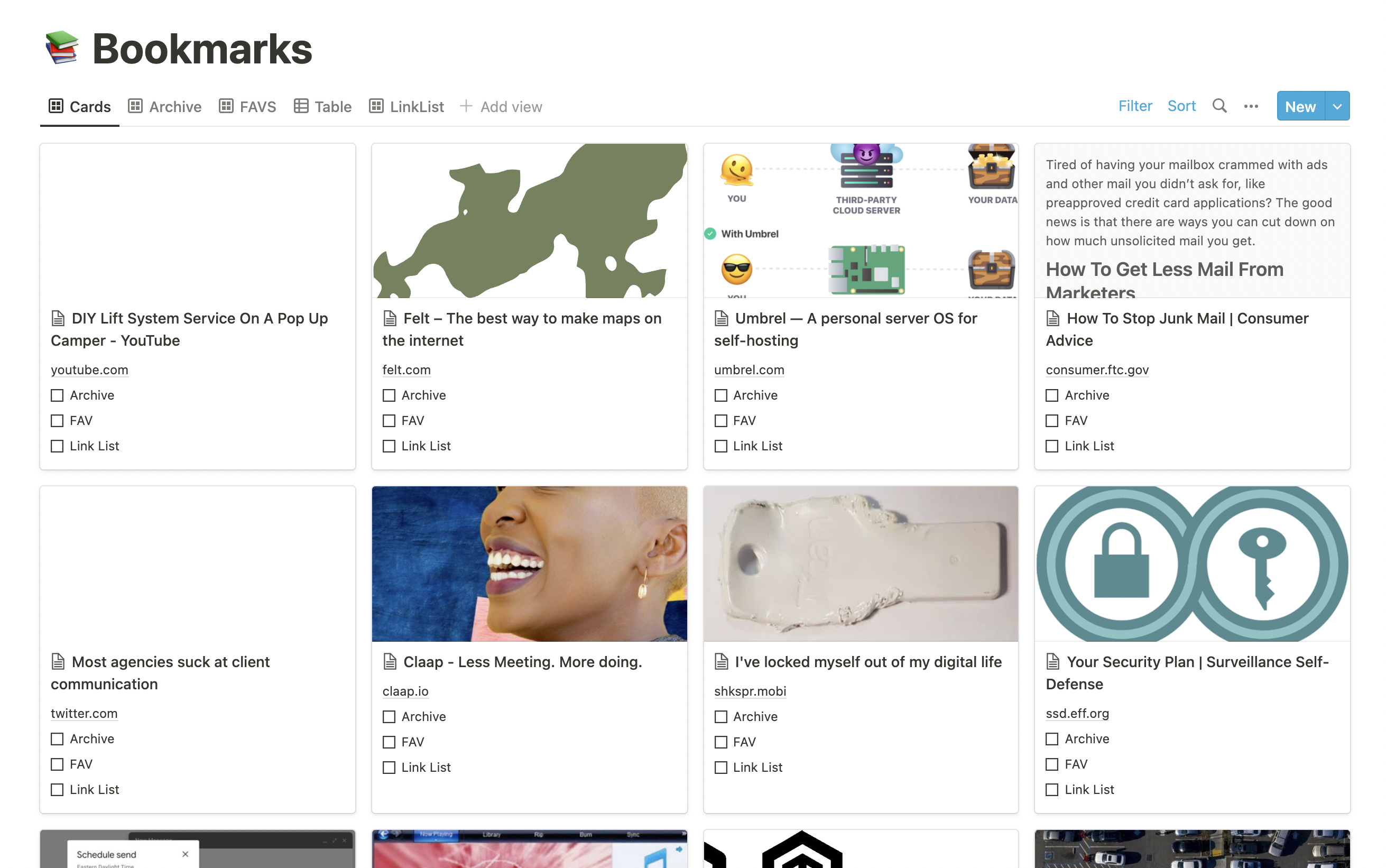 I also set up a second database page that manages the tags. I could have just used a multi-select field for this, but having it as it’s own page allows me to set up a tags page. I can easily scan through my tags and see how many links I have in each. 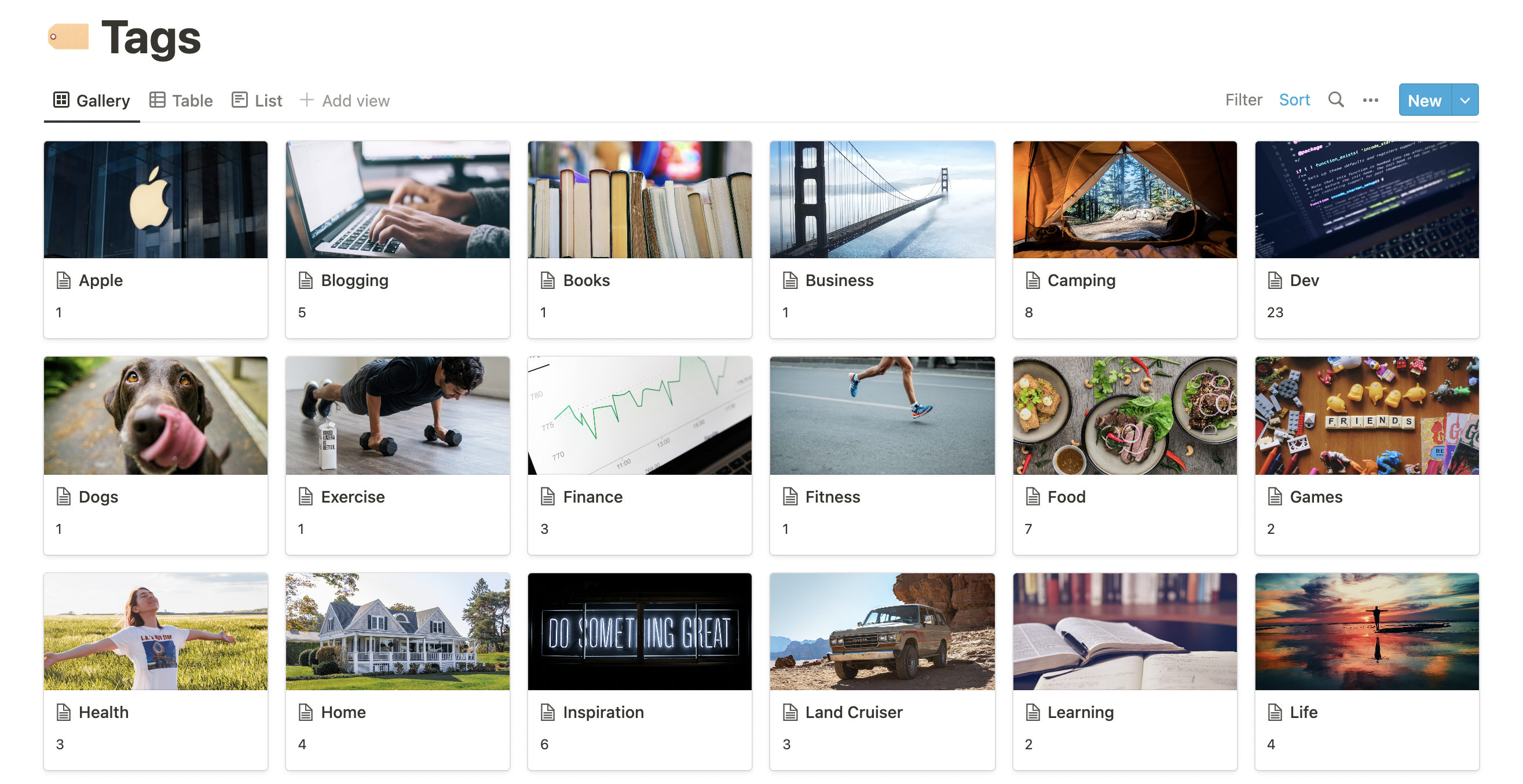 Installing the Notion app on my Apple devices also adds this clipper functionality to my phone and iPad, so I don’t have to be on my laptop in Safari to save items. I can easily push links to Notion from virtually anywhere.

It’s not without it’s downsides, but I find them to be minimal here. For one, I can’t tag links when I’m saving them. I have to open Notion to then tag the link.

Overall I'm happy with the setup so far. My data is early to export if I do choose to go elsewhere.