Gathering some interesting linkage I ran across the past week.

I stopped using Google Maps years ago, along with most of their other apps. Apple Maps was rough for awhile, but it has improved dramatically in the past year. This xkcd comic made me laugh.

Call it being lazy, but I never really looked into Netlify plugins until this week. If you use Netlify, there are some really great little add-ons here.

We LOVE mushrooms at the Sims house. This simple mushroom pasta recipe is on my list to try out.

Keeping the food train of thought here. I typically make a pizza for us on Fridays to have while we play board games or cards. There are some great pizza ideas here.

Scoping projects has always been difficult and it won't likely ever be solved 100%. This post over at Shopify resonated with me and I'm taking some of these ideas to the team at work to discuss.

We camp a lot. We've also been doing more dispersed camping, which is mostly off-grid and not in a typical campground. I found this to be a useful list of apps to look over.

I've been using Apple's Hide My Email a lot recently and find it to be an outstanding tool to manage identity and privacy across so many sites. Mike Lapidakis has some good thoughts over here as well.

I've been working to get myself back into the reading habit for months. I'd saved 5-10 books into a want to read list but before Children of Time, I just hadn't jumped into any of them. I'm happy to say, I finished Children of Time by Adrian Tchaikovsky this past weekend.

The book is a fascinating story that spans thousands of years. It's a wonderful read, and Tchaikovsky does a great job at keeping the storyline going with such an immense timeline. The concepts here are nothing new, typical Sci-Fi fare. Earth is ruined by man so humans leave to find a new home. But deep inside this standard fare, Tchaikovsky brings us depth and philosophical questions that make the book a joy to read.

Camping is my happy place 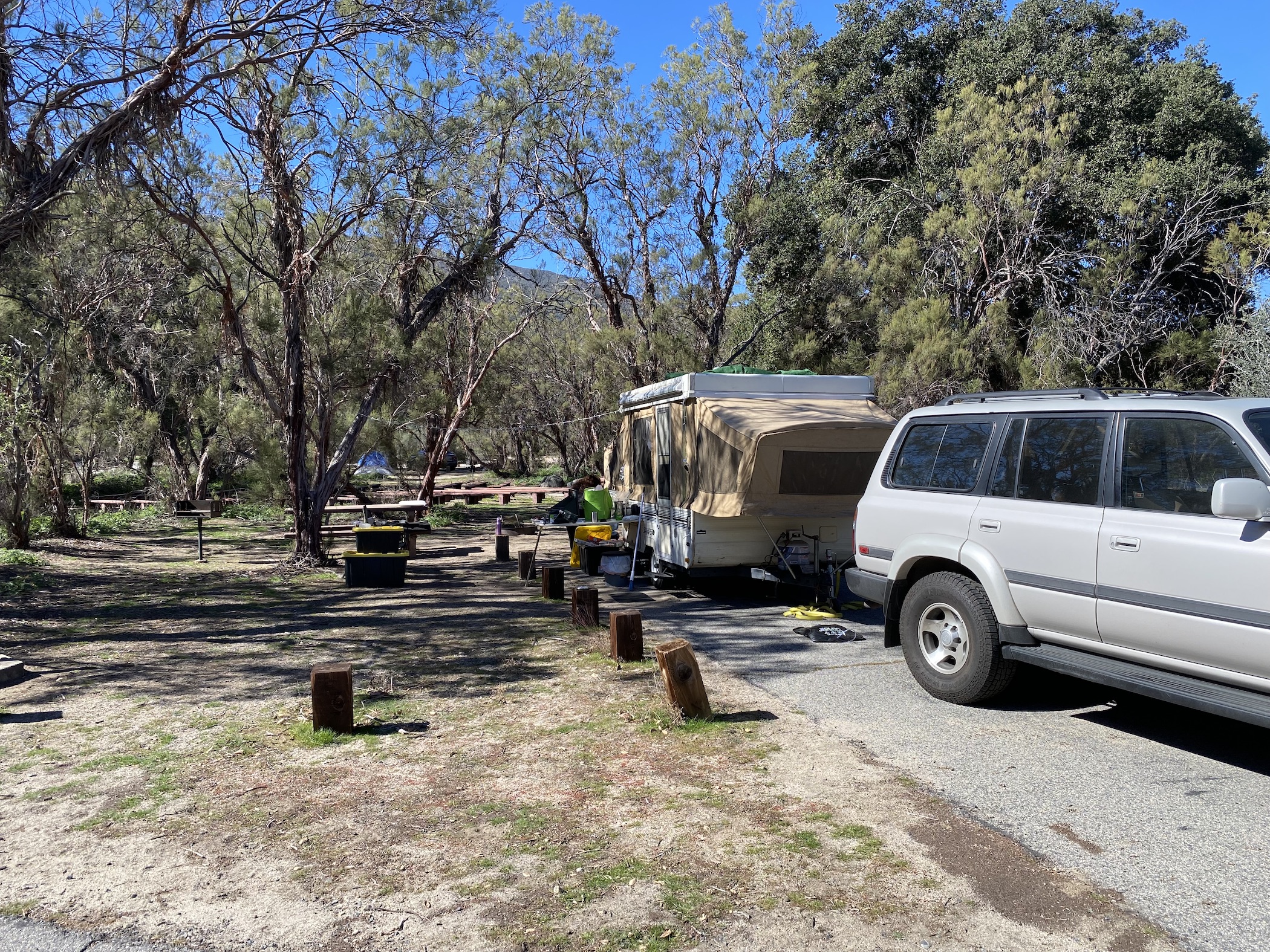 We took some time last weekend to escape Los Angeles and get in our first camping outing of 2022.

Great article by Charlie Warzel over at The Atlantic on builder vs maintainer mentality. Touches on Web3 and much of the tech bro mentality that makes me cringe.

For the past few years we've been camping at Rivernook Campground for Thanksgiving. We broke tradition in 2021 and chose Lake Cachuma. It is a great campground, with really wide camping spaces, lots of sunshine and not too crowded. This is glamping at it's best.

The campground is pretty large, but most of the spaces (with exception to the large RV area) are pretty spread out. We took two spots with hookups, since we planned on cooking up a Thanksgiving feast.

The spot we landed at was next to a large disc golf lot, which gave the dogs a nice place to run and play. The bathrooms were all really well kept up, and included showers. There wasn't a ton of tree cover, but we make do with two easy-up canopies.

We were also close to several wineries, so we spent part of the weekend wine tasting. We took the dogs along, which was really nice.

I was building a #wfh web design business back when that hashtag (and hashtags themselves) didn’t exist. My network of friends and work associates was growing over early social media and web forums, but I craved deeper conversations.

I found the Geek Dinner meetup and attended a few dinners out in Hollywood. They were amazing nights, filled with vibrant conversation amongst a wide variety of “geeks” in a variety of industries. This was the catalyst for the Get Geeky. I wanted something similar, but closer to home. Since no one else was running one, I decided I had to do it myself.

During those 11 years, I’ve been lucky to meet the most amazing people through the Get Geeky. I’ve watched as fellow geeks made business connections, friends and even marriages!

Below are some of my favorite photos from the Get Geeky.

Thanks for teaching us

This is so great. “For 30 days, we’re thanking teachers all over the world by sharing the actions, dreams, and passions that they’ve inspired. Here’s to all the great teachers of the world. You rule.”http://thanksforteaching.us/

I got my copy of RSW by Ethan Marcotte a few days ago and finished it up last night. If you make websites, buy this book. Really. This book is a wonderful resource, and written with enough humor to keep it fun. And did I mention robots? SOLD.

In addition to the topic at hand, Mr. Marcotte has filled it full of links to dozens of useful resources on web design. It’s this part of the book that really makes it for me. I get an insight into the author’s resources, as well as stepping off points for more in-depth learning.

Considering how overflowing the web is on topics like CSS3 and HTML5, it’s often hard to find solid writing on the subjects. Content farms and a bazillion other bloggers fill Google with crap every day. Mr. Marcotte has compiled not only a great responsive web design resource here, but a great web design resource period.

Buy it. Read it. Then go build it.

My friend Josh discusses the Apple iPad, and I can only agree with him.