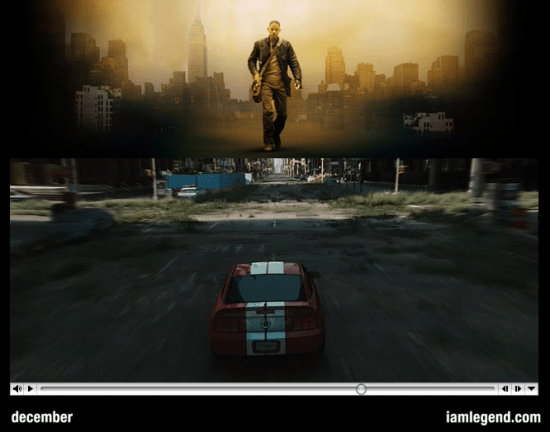 About two years ago, I ran across a book called “I Am Legend,” written by Richard Matheson in 1954. It’s a book of short stories, with the title story taking up the mjority of it’s pages. I read it in a couple days and I was blown away. It has now placed itself in my top ten of all time.

I won’t go into the story too much here. I can’t find my copy at the moment and it’s been some time since I read it last. Basically, the story covers the plight of a single man left alone after the world has been torn apart by plague. The plague has left most humans living some sort of vampire-like existence, only coming out at night and feeding on humans. The problem is, Mr. Neville seems to be the last living human.

I’ve always been drawn towards tales of human tragedy, specifically the “last man on earth” type of storyline. There is something romantic to me about a man facing survival in a world all alone. It’s tragedy at it’s best, for me.

Matheson nails the story in I Am Legend, and does a fantastic job of discussing humanity and many of it’s failures. It’s a monster story through and through, but who is the monster? Man? I won’t give the story away, but there are some amazing twists that left me speechless after I was done reading. And here I see they’ve gone and made it into a movie, starring Mr. Blockbuster himself, Will Smith.

Looking at the trailer, I’m not left feeling very hopeful. There were no Ford Mustang Cobra rides in the book, it was written in 1954. It didn’t take place in a large metropolis, but an urban neighborhood. I have a feeling this will be a mess. A huge, multimillion dollar grossing mess.

Do yourself a favor, and read the book. Go grab a copy at your local library, or buy one through Amazon (it’s pretty cheap, too). Then do like me, and cross your fingers and hope they don’t bork this one up.